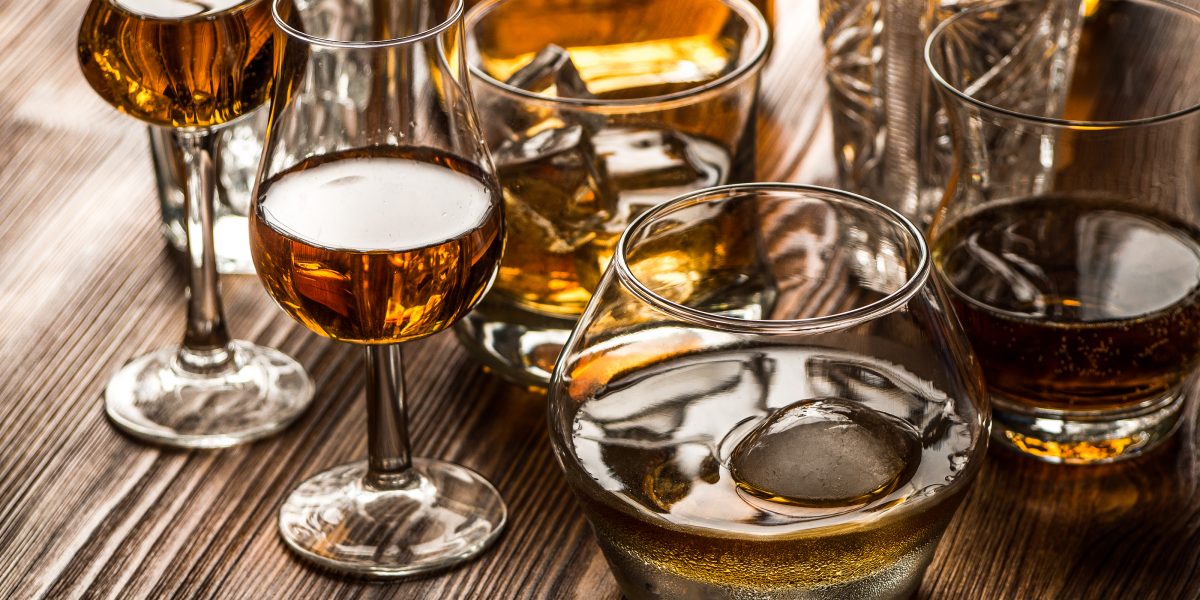 You’re probably aware that one of the most effective and low-cost ways to market your brand is through social proof. Social proof is the reassurance to your potential customers that your product is desirable by other people, especially influencers and experts. A free way of providing social proof is through user-generated content, such as sharing your customers’ photos on Instagram — with permission, of course. But to build the strongest confidence in your brand, you’ll want to get that coveted seal of approval, in the form of an award or medal. Fortunately, we’re here to help you learn how to win a medal for your distillery and tell your customers you’ve got the best whiskey, top vodka, or nicest gin.

We counted more than 20 local and international spirits competitions, and we’ve shared the ones we consider the most worthwhile. Many contests have multiple winners in each category, awarding medals based on a points system, while others limit their recognition to only the top entries in each category. If you’ve been in the industry for a while, then you know a lot of awards are “pay to play” — but when it comes to social proof for consumers and bartenders, it’s worth paying.

If you think your spirits have what it takes to win, consider the costs and benefits of entering each competition. Some of the larger competitions celebrate winners with promotional boosts such as magazine features and assistance with press releases, while most provide digital medals for product packaging and marketing collateral, and a mention on their website. Depending on your budget, you may be able to enter your spirits into a bunch of contests, or maybe just one or two. So consider the impact that a distilling award could have on your brand’s reputation and plan accordingly.

If you’re planning to submit a liquor, mixer, or RTD to one of these competitions, be sure to read the full submission instructions carefully and well in advance of the deadline, since requirements can vary by a lot. You’ll also know what to expect in terms of how each competition presents the spirits to the judges (usually unlabeled and served neat, sometimes strictly temperature controlled).

See below for some of the most well-known and prestigious competitions in the industry, listed in order of deadline and starting with the soonest. In some cases, details haven’t been released yet on the next competition so we’ll use an asterisk (*) to point those ones out. Because applying early can shave registration fees by about $50, put these dates in your calendar and give yourself ample time to prepare.

The World Drinks Awards are actually more than a dozen individual competitions separated by category, with different dates for each contest. The due date for individual bottlers passed in September, but the next registration deadline is Oct. 4, and that includes the contests for vodkas, whiskies, and gins. Entry to the design competition is charged separately, and brands can expect to pay up to $410 for a single submission to both the taste and design events, or as little as $250 per submission for four or more entered just to the taste or design competitions. (It’s a lot to explain, so we suggest checking out the cost breakdown for yourself.) Winners receive a physical and digital medal, certificate, point of sale items such as stickers and “collarets,” press coverage, inclusion in a boxed set, and more. This competition is based in the United Kingdom.

Despite the names, both the American Craft Spirits Association and its awards competition are open to international applicants. Starting with last year’s event, innovation awards are given to entries that the judges consider outliers, such as spirits with an unexpected flavor profile. Early bird registration has already passed, and “late risers” can enter by Oct. 18 for an extra $25. Winners will be announced on Mar. 30, 2020 at the ACSA Distillers Convention & Vendor Trade Show in Portland.

Each spirit, bitters, or RTD  is judged on a 100-point scale, with the potential for multiple winners for each medal. Top prizes include Best in Category (e.g., Best Classic Gin) and Best in Class (e.g., Best US Whiskey), and packaging design awards are included for no extra fee. Early registration ends Dec. 29, 2019 and can save $50 for both ADI members and non-members. Members with more than 10 entries can expect a bulk discount and should contact the ADI for more information. Winners will be announced at the Annual Craft Spirits Conference & Vendor Expo in New Orleans in early April 2020.

Produced by the San Diego County Fair, this competition offers to sell winning spirits at the San Diego Spirit & Cocktail Festival. This one gives multiple awards per category but also published a list of all entrants and their scores, even the 26 of 163 total entries that didn’t win a medal in 2019. Ouch.

Cost: $550 per submission for tasting competition, and $100 for design

This is one of the few contests where the tasting and design competitions are separate. Almost 3,000 entries were submitted in this year’s event and 2,279 won a gold, double gold, silver, or bronze medal. Winners receive a marketing toolkit and a digital medal, and top winners will be featured in an issue of The Tasting Panel Magazine (with over 90,000 readers) as well as inclusion in multiple tasting events around the country. The upcoming competition will begin accepting entries in January 2020.

Submissions will be judged on a 100-point scale among four price categories. The Denver International Spirits Packaging and Design Contest is separate, and brands can enter bottles for just the design contest for $110 each. Entry has been open since early September, but bottles won’t be accepted until January. Winners will receive a physical medal, judges’ scores and notes, as well as “royalty free artwork.”

Early and late registration fees vary from $300 to $400, respectively, but payments won’t be due until the late deadline of Apr. 12. Winners receive a physical and digital medal, and may purchase packaging stickers for a fee. Last year’s competition saw over 600 entries from around the world and exactly 100 spirits took home a gold medal.

SISA accepts entries from distilleries of all sizes, based anywhere in the world. Winners are promised to be included in press releases sent to “multiple mass media channels including electronic, print, radio, video, and social media networks,” and will receive digital medals. Gold medal winners will be featured at the Gold Medal Tasting Expo in late August.

Submissions are automatically included in the design contest, which costs $30 to enter separately. This year, 147 producers submitted a total of 399 entries, and 357 earned some kind of medal. The 2019 gold medal winners (of which there were 236) were served at the Cheers Wine, Spirits & Beer Festival in June and tastings will be available at the LA County Fair in late summer. Early registration ends Mar. 31 and offers a $10 discount for each spirit entered.

The SIP Awards is the only competition on this list that uses entirely consumer judges. There are 15 prize categories, including one for design. Almost 1,000 products were entered in the 2019 contest, and the organization claims that about 83% of entrants receive medals.

Open only to brands selling fewer than 50,000 cases per year, the MicroLiquor Spirit Competition is a great option for new and small distilleries. An interesting thing we noted: This competition’s most prestigious award is the triple gold medal, skipping over the more commonly seen double gold medal. This prize could appeal to consumers even more than a double gold would. The 2019 competition attracted “several hundred” entrants, according to the competition, and awarded medals to 76 for taste and 37 for package design. The early application deadline is in the beginning of April, but discount details haven’t been shared.

This London-based contest promises to provide exposure to gold medal winners by sharing samples with “500 of the UK’s leading importers, retailers, and critics,” as well as to push ongoing global promotions of gold winners, and share medal artwork and retail stickers. Selected winners will be featured in the magazine Club Oenologique. This year’s competition takes place in November, and registration for the 2020 event will open soon after.

Bottles required: one to two

This competition is open to spirits produced in the Pacific Northwest (Oregon, Washington, Idaho, Montana, or British Columbia). Winners will be featured in the November issue of Sip Northwest magazine, which has an estimated 120,000 readers, and will also receive medals of recognition.

Not to be confused with the New York International Spirits Competition, this one is affiliated with the SF World Spirits Competition. Entering its 9th year, the event promises winners a variety of benefits such as a marketing toolkit, exposure through multiple trade tasting events throughout the United States, the option to buy stickers for retail bottles, and coverage in The Tasting Panel Magazine (for winners of gold, double gold, and platinum medals).

Marketing Your Liquor: What We Mean When We Say "Campaign" 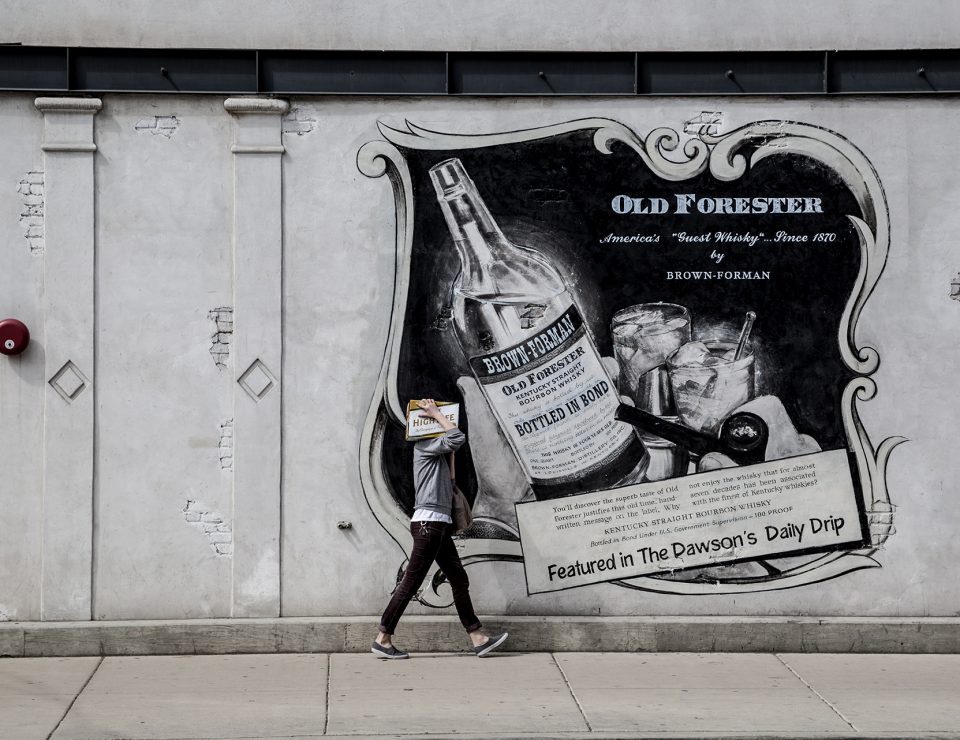 Marketing Your Liquor: What We Mean When We Say “Campaign”

As creatives, we often throw around buzzwords. One buzzword you’ve probably heard as a brand owner is “campaign.” Sometimes when we...
Read More

Navigating the world of hashtags, geo-targeting, and the trending social climate, changes with every new wave of customer-driven fads and big-business...
Read More
Scroll