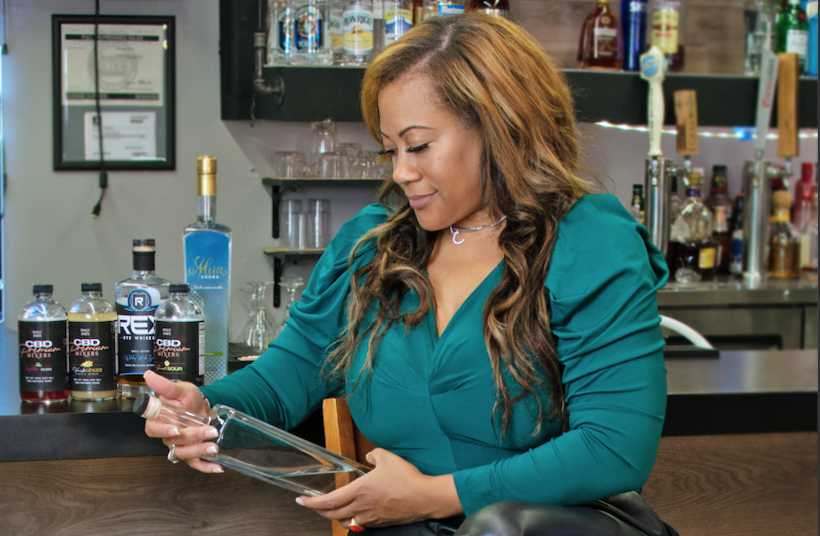 Chaunci King, founder of the first Black female-owned liquor company in the Northwest, Royalty Spirits, was in Mexico when she met a woman named Miru, and she instantly loved the name. She’d originally intended to use it for her daughter, but when she did some research into the name’s etymology she found that Miru was Polynesian serpent goddess who “dominated male souls using kava kava,”  King tells me on the phone. She thought that name was a better fit for the smooth, sippable, and lightly sweet pear-flavored vodka she was developing, and thus, Miru Vodka was born. “[The name] just felt right along with the brand, and where I was going. Being in the male-dominated industry, Miru was right on point,” she says.

And a white, male-dominated industry it is indeed. According to 2019 statistics from the U.S. Bureau of Labor Statistics, only 19.4% of those employed in the alcohol wholesale industry are women, and only 12.1% are Black. 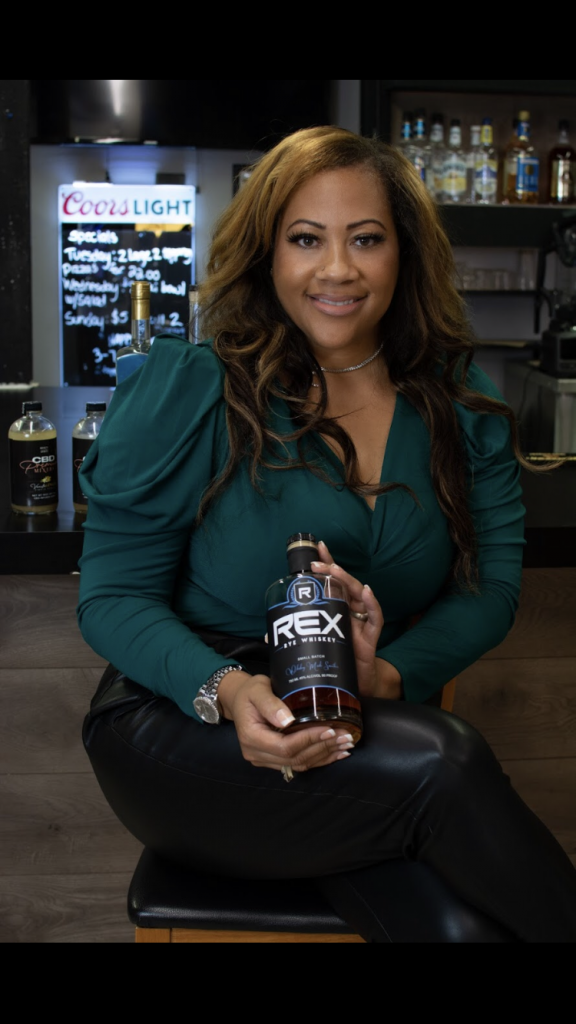 Oregon, where King lives with her two children and where she sells the majority of her products to liquor stores, bars, hotels, and restaurants, (and online now, due to COVID) is an overwhelmingly white state (86.7% to be exact). Perhaps unsurprisingly, most of the liquor stores King encountered when trying to place product were owned by older white men. “I came to the point where I had to demand respect. Now I am respected in the industry,” she says.

In addition to Miru, Royalty Spirits sells unflavored vodka, a whiskey named Rex which has been a surprise hit among men. Rex means ‘king’ in Latin, like the founder’s last name, and because her client-base for Miru is mostly women, King assumed the same would be true of the whiskey. Recently they rolled out CBD mixers in three flavors: Exotic Berry, Sweet & Sour, and Vanilla & Ginger, which King says have been a hit.

She tells me about a time she was doing a product tasting, and the liquor store owner was hesitant to bring in her line. He told King he didn’t want the product just “sitting there” crowding up the shelves. King told him, “It’s not going to sit. I’m going to sell it.’” So she brought in a case each of her full line, and sold all of it at the tasting that day. People are drawn to her liquor because, well, it tastes really good, and it’s authentic and small-batch. “I think that people also like the story behind the brand, and they like to buy something where they can say, ‘Oh, I met her, this is local,’” King tells me.

In this way, King, the person is inextricable from Royalty Spirits, the brand. She’s the recipe owner of all the products offered by Royalty Spirits. She’s hands-on in all areas of the brand’s creation from the packaging to the recipe and distribution. “I was very involved with the recipe and the chemistry of it,” she says.  People are drawn to her story: the Senior HR Analyst turned liquor brand founder. King worked in corporate America for over 10 years before starting her brand, and she bartended on the side.

“I’ve always been very interested in mixology,” she says. “Just playing around behind the bar is what led me to start-out with Miru pear vodka. I chose pear because a lot of women talk about how they like nice delicious flavorful drinks but not necessarily all the sugar, so when I did the pear I made sure that it did not have a lot of that syrupy sugar taking away from the alcohol.”

So how does one pivot from a corporate job to running a successful business on their own? They take it day-by-day. “Day one was a lot of Google, day two was reaching out to different distilleries and three was really making sure that I didn’t just use a blanket vodka and put my name on it. I was hands-on so that I know it’s mine.”

King describes the early days as trial-and-error, and she means it in the most literal sense possible. When honing her pear vodka recipe for the first time, she says, “I didn’t know that you were supposed to just swish it and spit it out, kind of like when you’re wine tasting. I ended up drinking a lot, and I was like, ‘Okay, So now I’m a little lit. Let’s start over tomorrow.’”  She laughs, a full, deep laugh that lingers for a moment through the phone line, putting me immediately at ease. Fortunately, the next day consisted of much more swishing and much less drinking, and from a handful of recipes, she landed on the one.

Currently, Royalty Spirits are made in the mountains of Oregon and purified in a distillery in the Pacific Northwest. That will change soon, as King has plans to open her own distillery in 2021.  “The distillery will have an education component where women who are interested in the adult beverage industry can train. There’s nothing like that. There’s no training, nothing local,” she says. King’s plan is to travel to Kentucky to formalize her own training, then she’ll focus on opening the distillery which she hopes will make distilling more accessible to Black women and girls.

This entrepreneurial spirit must run in the family. I had heard that King’s daughter was selling lip gloss, and when I ask King if this is still the case she tells me her daughter pivoted to slime, which she now sells at Farmers Markets, and on eBay. “Kids love slime,” we say at the same time.

What would she tell a young Black woman who wanted to follow in her footsteps? “To survive in this white male industry you have to be ready to lace up your big girl boots, grow a layer of thick skin, and remove all emotions,” she says. And remember not to actually drink at your recipe tasting, though it does make for a good story.

From KPU University to YouTube, Miss Brewbird, Documents Life at the Distillery

Pomp & Whimsy: Celebrating the Role of Women in the Spirits Industry