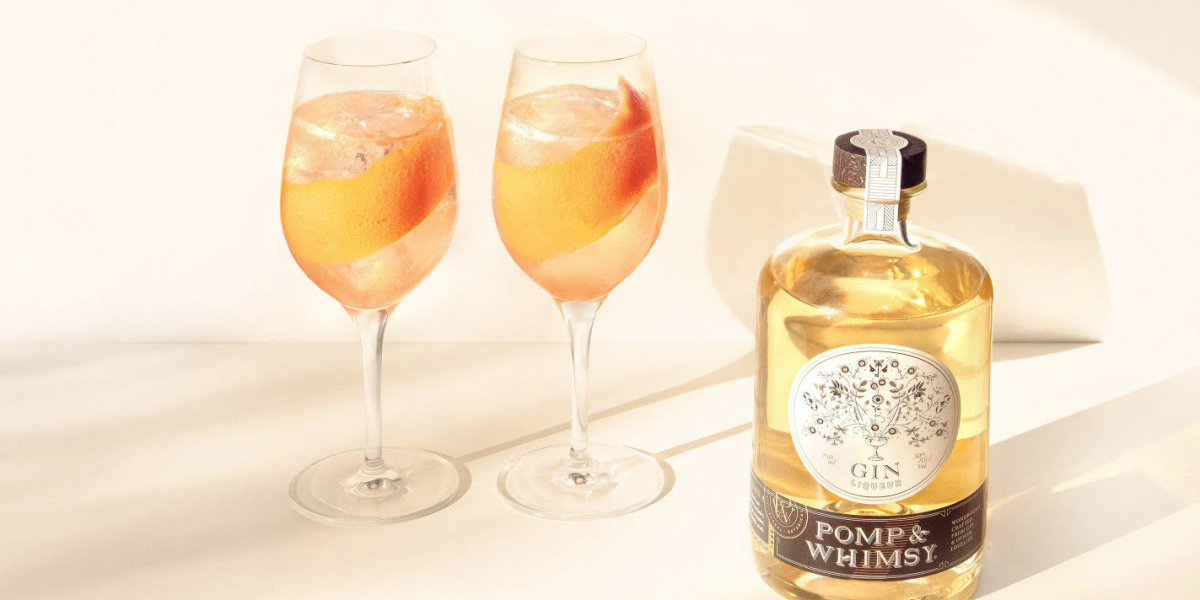 Pomp & Whimsy: Celebrating the Role of Women in the Spirits Industry

“Women were drinking gin, they were making it, they were selling it, and they were consuming it, not in saloon bars but in the back of convenience stores and marketplaces and in their homes.,” Dr. Nicola Nice tells me over the phone. “That intrigued me as it indicated that this is a spirit that’s always had a historically female association.” Sociology PHD, researcher, consultant, Dr. Nice is founder of the cordial style gin, Pomp & Whimsy.

She’s talking about Victorian women, and I tell her that drinking in the backroom of a convenience store sounds awesome. Nice began researching this historic style of gin (often called ‘Mother Gin’) and was intrigued to learn that different gin cordials were often created by women who would pass on their recipes to their daughters. 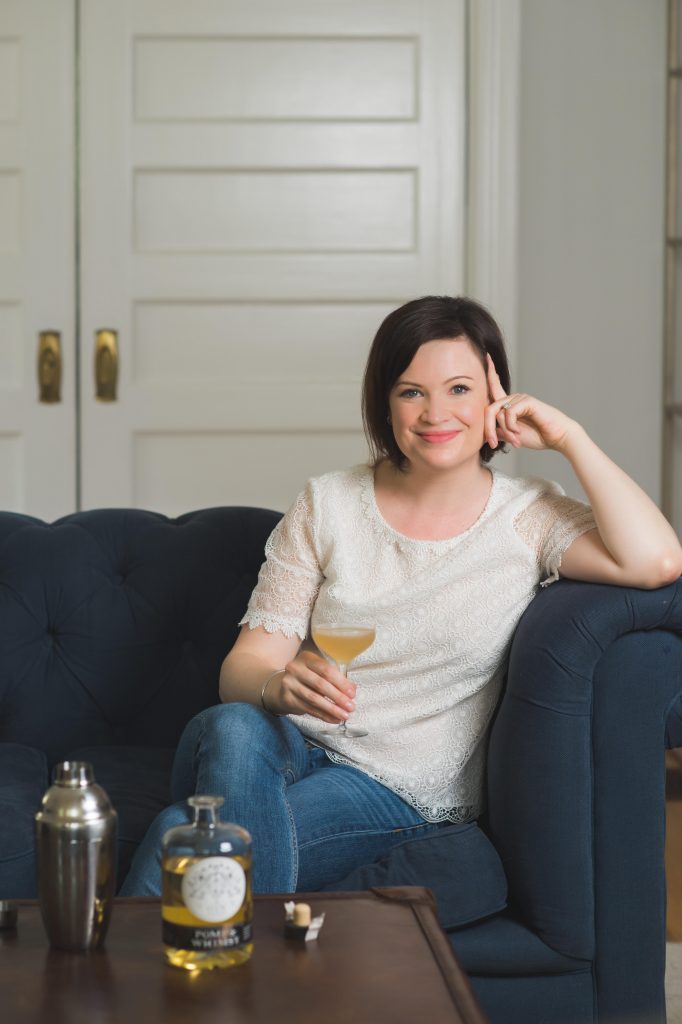 “Pomp & Whimsy [is] about paying tribute to this lost style of gin and bringing that back while updating it for a modern palate and modern ecology. More importantly for me it was about celebrating the role that women have played in the history of the spirit.”

The gin liqueur is developed to be sipped straight, or to open up when paired with something bubbly (When I tell her I like French-75s, Nice suggests mixing m the liqueur with half champagne or sparkling wine or, for Aperol Spritz fans, she suggests pairing the gin with juice and a splash of club soda). “It has a modern flavor profile, but from the point of view of its functional qualities, it’s true to a gin cordial,” Nice tells me. T

he recipe includes 16 distinct botanicals including coriander, grapefruit and jasmine pearls, but the “secret sauce” is lychee, a sweet aromatic fruit native to Southeast Asia.

“If you take lychee away from Pomp & Whimsy, it’s just not the same spirit. I think this has a lot to do with the fact that it’s the very first thing that hits your nose and the very first thing that hits your palate. It sets off the whimsy, the intrigue and takes you to a slightly exotic place which you’re not necessarily expecting to go with a gin.”

She wanted to create a drink that women would immediately recognize was for them, but that men would not shy away from. It’s a delicate equilibrium that Nice has worked hard to perfect. The creative team is led by two male creative directors, and the branding strikes a balance between more traditionally masculine and feminine elements. The liqueur itself is a sheer buttery color, and the label blends hand drawn graphics with simple black and white lettering.

“Even the name, Pomp & Whimsy [is] a juxtaposition between traditional and modern, between old and new, between fussy and staid, fun and liberated,” Nice says.

When asked if she believes she’s experienced any barriers specifically because she is a woman in a male-dominated industry, she pauses before saying, “Our emphasis from the beginning has always been on the end-consumer. As long as we’ve been able to really powerfully show the potential of [our] audience, we haven’t experienced any barriers.”

While women control 70 percent of household spending on alcohol (as Nice tells me), alcohol designed specifically for women often misses the mark. Sometimes it’s cloyingly sweet and overly pink, its packaging more likely to appeal to a child than an adult. Sometimes it includes less alcohol and fewer calories, further foisting diet culture onto women. Sometimes, as with Jane Walker, a limited-edition feminized take on Johnny Walker, the liquor stays exactly the same while the branding changes. None of this is true of Pomp & Whimsy.

“Ultimately people always like to question whether women need to have their own spirits,” Nice says. “I don’t think about it in terms of gendering spirits one way or another. I think about it in terms of taking a perspective on an industry and creating something new from a different perspective. In taking a female lens on the way that we think about gin, cocktails, and drinking, we’ve created something that doesn’t exist elsewhere. And that to me as a consumer, whether I’m male or female, is exciting.”

Later, she will tell me that she thinks the biggest barrier to women in any industry is securing capital. “It’s still really hard as a woman to get in front of venture capital people with a business plan that’s solid with traction and have them take a chance on you the way they would take a chance on a male founder. I know this because I’ve been into pitches by myself and I’ve brought men into pitches and the response has been completely different.”

Because the alcohol industry is such a regulated environment, it’s not as simple as just taking a direct-to-consumer path or, “throwing up a website and starting to sell on Amazon. You don’t have those avenues open to you. You have to build through traditional distribution which is really time-consuming and really expensive.”

Nice has a PhD in sociology and has spent time in social and market research, which ultimately led her to start her own agency focused on branding and consumer insights. She’s constantly asked how she went from academia to gin production, to which she tells me, “there’s quite a straight line for me. I’ve always been interested in people. I’ve always been interested in understanding our value sets, our behaviors, how we connect with each other, and how we connect with brands.”

Her voice, which carries a London accent, becomes even more bright and lively when she talks about the process of honing the Pomp & Whimsy recipe for the first time. “It was really fun creating it and then testing it on people. I would place bottles with a cohort of my target consumers for a month and track them. I had them tell me when they were drinking it, how they were drinking it, who they were with, how they felt so I could really get a sense of how it was working.”

Talking to Nice, it’s clear that the focus has always been on people: the end-consumer, the bartenders, the distillers, the suppliers. The anthropology of the liquor industry fascinates Nice, who is deeply interested in the product, but perhaps moreso, in how anyone who comes into its presence interacts with the product.