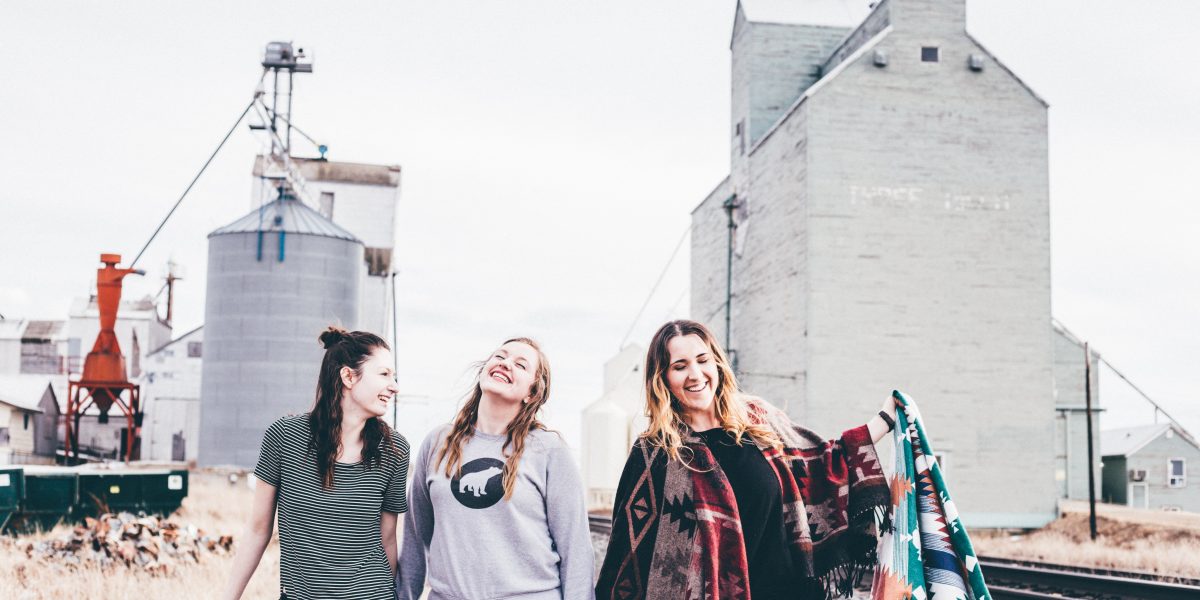 There Are More Women in Distilling Than You May Think!

The earliest recorded sour mash whiskey recipe was crafted by a woman. In fact, Catherine Spears Frye Carpenter supported her family by raising cattle and distilling spirits in Kentucky during the early 1800s. Back then, society considered distilling “women’s work.” But after the industrial revolution, it became a male-dominated industry. Here in the 2000s, we’re finally starting to see that standard fade as more and more women step into the role of distiller.

According to our data over at Distilling Women, fewer than eight percent of distilleries are owned and operated by women. However, around 36 percent of whiskey drinkers in the U.S. are women. That segment only continues to grow.

As more women discover the beauty of whiskey drinking, it only makes sense that more of them will join the industry behind the scenes. If you’re looking for signs of progress toward a more equitable spirits industry, here are just a few observations on how much the distilling industry has changed in the last few years.

In 2015, Marianne Eaves earned the role of Master Distiller at Castle & Key Distillery in Frankfort, Kentucky. Not only was Marianne the first woman to reach this level, but she also managed to do it in bourbon country — a very traditionally male industry. And she deserved it.

Marianne graduated from the University of Louisville with a degree in chemical engineering. When she became a distiller, she found her background in science and math pretty useful. She proved her skills with an internship at Brown-Forman, the umbrella company for brands like Woodford Reserve and Jack Daniels. Eventually, she worked her way up to a position as master taster.

When she joined Castle & Key Distillery, Marianne wasn’t just handed the title of master distiller. She worked hard and demonstrated her talent in relaunching the distillery. By the time she stepped away to pursue her own business, the facility was producing a wide array of spirits, including bourbon.

These days, Marianne has gone back to her scientific roots. In her current role, she operates as a freelance bourbon consultant but she also travels from client to client towing a mobile laboratory where she blends whiskey and hosts tastings.

Everyone associates Johnnie Walker with that image of a gentlemanly figure in the logo. In other words, it’s very manly. And the brand stayed that way for more than 200 years. It took a powerhouse like Emma Walker to come in and break that glass ceiling.

Emma realized she wanted to work in spirits while she was studying for her Ph.D. in chemistry. She took a job with Diageo in 2008, working with the technical team in Scotland. Eventually, she had the opportunity to learn about whisky from every aspect of the process, from fermentation to blending and even quality analysis.

After 14 years of deep immersion in the Johnnie Walker brand, Emma earned the title of master distiller. She was, according to Diageo, the first woman to hold that title with the whisky brand. She took on the new job at the beginning of 2022.

The Expert Everyone Trusts with Their Whiskey

When spirits brands need someone to give them a hand on custom blending, sensory analysis and more, they look to “The Nose.” That’s Nancy Fraley. Her business, Nosing Services, is entirely dedicated to her almost superhuman sense of smell.

Early in her childhood, Nancy realized she had a nose (literally) for aromas. She went to Harvard where she studied Buddhism before she went to law school and even went into the law profession briefly all before she realized her true passion was spirits. She studied the topic voraciously, taking advantage of her keen nose, and soon changed gears completely, starting a career in craft spirits.

At that point in time, early craft distillers were still scrambling to find a way to compete against larger brands. That’s where Nancy came in. She consulted with small distilleries, helping them find their unique value proposition while also producing high-quality products. Along the way, she even developed the widely referenced American Craft Whiskey Aroma Wheel.

BIPOC women are far more underrepresented in the spirits industry than most any other group. Vanessa Braxton of Black Momma Vodka wants to change that. Since she’s the first African American Woman Master Distiller and Master Blender (officially designated by the state of New York), she’s got leverage to make a difference.

Before Vanessa launched a long and successful career in engineering and construction, she was making her own moonshine with her college classmates. It wouldn’t be until she’d raised three kids and retired that she’d take those skills she learned in her college days and turn them into a business. That’s when she bought her own still and started crafting tea-infused vodkas — as well as other flavored vodkas.

With products distributed nationwide, Vanessa has dedicated a lot of her free time to training young distillers. She’s focused on growing representation for women and BIPOC alike by offering her know-how to others interested in entering the industry.

Currently, 183 woman-owned, -operated, and -led distilleries have added their names to the Distilling Women map. Around 160 of those are located in the U.S., making up about eight percent of the 2,063 active distilleries in the country. It may seem like a drop in the bucket but the list grows longer by the day. And so many of them are fully owned and operated by women.

For instance, JoAnn Elardo founded Wicked Dolphin Rum Distillery to fulfill her dream of crafting a rum that is 100 percent Florida-made. Ego Tequila was founded and is owned by Rikki Kelly, a businesswoman who wants to create an inclusive spirits brand. Donnica Martin and her sisters launched Kingston Bay together to honor their family’s Caribbean heritage with a high-quality rum. And Fast Penny Spirits came about when two women, Jamie Hunt and Holly Robinson, teamed up to develop an amaro company.

Our Craft Spirits Won a Medal! Now What?